The Dutch Research School of Philosophy (OZSW) and Erasmus University Rotterdam (EUR) invite PhD students in philosophy to register for the summer school “Ethics and the Empirical Sciences: Emotions and Moral Agency,” to take place  August 25-28, 2015.

The course load is the equivalent of 5 ECTS

If places available, also open to

To get to know PhD students working in the area of emotions and moral agency, explore some of the central themes that are being discussed under this heading, and reflect on the following questions: 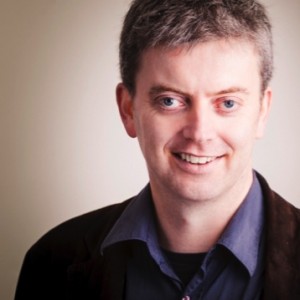 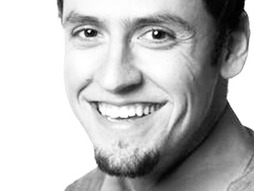 Description: David Pizarro has been associate professor of psychology at Cornell University since 2012. He completed his undergraduate degree at Pacific Union College in 1997, and obtained his PhD at Yale University in 2002. His primary research interests are in moral judgment and emotion. He is particularly interested in moral intuitions (especially concerning moral responsibility and the permissibility or impermissibility of certain acts), and in biases that affect moral judgment. David also researches the influence of emotional states on thinking and deciding – particularly on how specific emotions (anger, disgust, fear, etc.) influence judgment and decisions.

2. Emotions as a source of morality

Research interests: Reasons of love, free will and responsibility, normativity of law, authority of morality, self-knowledge and self-confidence, the role of moral philosophy in society and education

Description: Katrien Schaubroeck has been tenure track lecturer of philosophy at the University of Antwerp since 2013. She studied philosophy at the University of Leuven, where she finished her PhD in 2008. In her PhD thesis she defends Harry Frankfurt’s notion of care as a source of practical reasons. After a post-doc in Leuven (2008-2011) she joined the interdisciplinary project What can the humanities contribute to our practical self-understanding? (Utrecht, 2011-2013). Her research focuses on issues at the intersection of meta-ethics and moral psychology. Katrien has written on a variety of topics within the domain of practical philosophy such as reasons of love, free will and responsibility, the normativity of law, the authority of morality, self-knowledge and self-confidence, and the role of (moral) philosophy in society and education.

Description: Marinus van IJzendoorn has been professor of child and family studies at Leiden University since 1981, and research professor of human development at Erasmus University Rotterdam since 2010. He graduated in 1976 with an MA degree in education from the Universiteit van Amsterdam. Two years later, Van IJzendoorn obtained his doctorate with great distinction from the Free University of Berlin. From 1978 to 1981 he was a researcher at Leiden University and in 1981 he was appointed professor there. Van IJzendoorn has been a visiting researcher in the United States and in Israel on several occasions. In 1990 he received a Pioneer grant and in 2004 a Spinoza Award from the Netherlands Organization for Scientific Research (NWO), and in 2008 a honorary doctorate from the University of Haifa, Israel. Van IJzendoorn’s main areas of interest are child socio-emotional development and parenting. He has specialised in attachment theory. In the era of the genome and the brain the influence of parenting on child development is not self-evident anymore. In his research programme the role of parents and other caregivers in children’s development of attachment, emotion regulation and prosocial behavior is examined, and the limits of their influence studied. 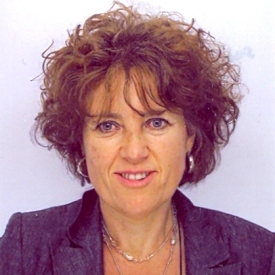 Description: Heleen Pott has been assistant professor of philosophy at Maastricht University since 1992, and Socrates Professor of Arts and Culture at Erasmus University Rotterdam since 1999. She studied philosophy, sociology and literature at the University of Amsterdam. After her doctoral studies, she worked as a NWO researcher at the Department of Philosophy at the University of Amsterdam (1987-1992). She wrote a dissertation on the ‘cognitive turn’ that took place during the 1970s and 1980s in interdisciplinary emotion research. Heleen published books and articles on a broad spectrum of topics, ranging from the philosophy of emotions through American pragmatism (William James, Richard Rorty)  & postkantian naturalism (Schopenhauer, Nietzsche) to matters of  literature, art, politics and cultural hermeneutics. She also contributed reviews and articles to newspapers and magazines.

Dr. Esther Kroeker: Hume and Reid on morality and passions 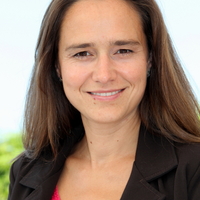 Description: After finishing her doctoral studies at the University of Southern California, Esther Kroeker worked as a post-doc fellow at the Katholieke Universiteit Leuven. She is now a post-doc fellow at the University of Antwerp. She is currently working on several research topics. The first is Reid’s moral philosophy, moral perception, and agency. Some of her published articles are Explaining our choices: Reid on Motives, Character and Effort (2007), Reid on Natural Signs, Taste and Moral Perception (2009), and Acting from a Good Conscience: Reid, Love, and Moral Worth (2013). She is also currently working on Hume’s moral philosophy, and on his philosophy of religion. She is interested in 18th century Scottish moral philosophy, and in particular in the relation between emotions and morality. She is also working on issues dealing with love and practical reasons.

4. The cognitive and bodily nature of emotions 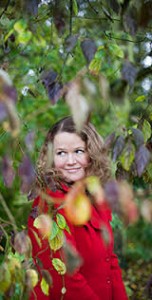 Description: Sabine Roeser has been professor of ethics at TU Delft since 2012. She obtained her PhD in 2002 at the VU University Amsterdam, for her thesis Ethical intuitions and emotions: A philosophical study. She holds an MA in Philosophy and an MA in Political Science, both from the University of Amsterdam. Sabine did her BA in painting at the Academy of Fine Arts, Maastricht. Her research covers theoretical, foundational topics concerning the nature of moral knowledge, intuitions, emotions and evaluative aspects of risk, but also urgent and hotly debated public issues on which her theoretical research can shed new light, such as nuclear energy, climate change and public health issues. From July 2010-June 2015 she is head of a research group on Moral Emotions and Risk Politics for which she has received a VIDI-grant from the Netherlands Organisation for Scientific Research (NWO). 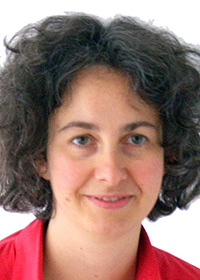 Research interests: Emotion and affectivity, consciousness, embodied and enactive approaches, the extended mind; theories and experimental work in affective science, phenomenology and affectivity of the body

Description: Giovanna Colombetti has been associate professor of cognitive science at the University of Exeter since 2007. She studied philosophy and cognitive science in Florence, Birmingham (UK), and Sussex, and held postdocs at the universities of York (Canada), Trento, and Harvard. In 2010-2014 she has been Principal Investigator of a Starting Grant funded by the European Research Council (ERC), titled Emoting the Embodied Mind. As part of this project she has looked at the implications of the “4E” approach in the philosophy of mind and cognitive science (in particular the “enactive” approach) for a variety of affective phenomena.  Her book The Feeling Body: Affective Science Meets the Enactive Mind (2014, MIT Press), synthesises many of the ideas developed during this project. She is currently working on the “extended-mind” thesis and its potential applications to the affective domain. She is particularly interested in the notion of the “scaffolded-mind”, and in how work in material culture and technology studies can be used to illustrate the scaffolded nature of a variety of affective phenomena. 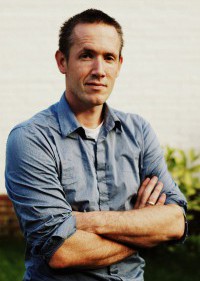 Description: Leon de Bruin has been assistant professor of language and cognition at the Radboud University Nijmegen since 2012, and post-doc in philosophy of mind at Bochum University since 2009. He has obtained his PhD in philosophy at the University of Leiden in 2010 with an interdisciplinary study on the embodiment and situatedness of social cognition. As postdoctoral fellow at the Ruhr-University Bochum, he has been involved in two major projects. The focus of the first project Other minds: neurophilosophy of intersubjectivity was on the development of false belief understanding. In the second project The Social mind: Self, other and interaction in cultural context he investigated how social cognition is shaped by cultural context. A large part of Leon’s current research as Assistant Professor of Language and Cognition at the Radboud University Nijmegen is still dedicated to questions about embodied and situated cognition. Over time, however, he has also taken an interest in related topics, such as emotions, narrativity and self-knowledge. 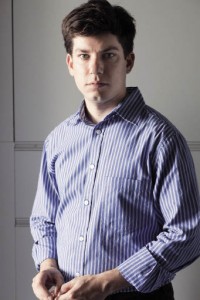 Description: Steven Kushner has been professor of neurobiological psychiatry at Erasmus Medical Centre since 2009. He completed his undergraduate degree summa cum laude at the University of Pennsylvania, writing an honors thesis with Prof. dr. Hank Kung in 1997. He studied medicine and neuroscience through the National Institutes of Health – Medical Scientist Training Program at the University of California, Los Angeles (2005). Steven’s PhD thesis was conducted in the laboratory of Prof. dr. Alcino J. Silva (2005). At the New York State Psychiatric Institute and Columbia University, he received clinical training as a psychiatrist, including board certification. His research centers on the neurobiology of psychiatric disorders.

The participants are expected to read all the assigned literature, to actively participate in all discussions, to hold a 10 minute presentation about their research, and to comment on the presentations by other participants.

Participants can get a certificate of participation, which will indicate that the summer school has a study load equivalent of 5 ECTS.

The summer school takes place in Rotterdam. Participants will stay in the Student Hotel which is close to the university campus at which the summer school is held (6 minutes by bike – there will be one bike per participant provided by the hotel, 9 minutes by public transportation, 18 minutes on foot).

The deadline for applications is June 1, 2015. Please do apply as early as possible. We operate with a rolling admissions procedure, which means that you will know four weeks after applying whether you have been admitted. The earlier you apply, the higher the probability that you will get in. The maximum number of participants is 40.

To apply for participation, please use the link to the registration form below. If you prefer not to pay before having received a confirmation of your acceptance, then send an email to Huub Brouwer (brouwer@fwb.eur.nl) with:

We will get back to you with an admission decision in four weeks time. If you are accepted, you can formally register using the form below.

Register online for the event. 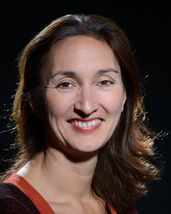 Description
Maureen Sie has been Socrates professor of philosophical anthropology and the founding principles of humanism (on behalf of the Socrates Foundation) at Leiden University since 2012. She has been associate professor of meta-ethics and moral psychology at Erasmus University Rotterdam since 2000. From 2009 till 2013 she led a small research-group funded by the Dutch Organisation of Scientific Research (NWO) that explores the implications of the developments in behavioural science, cognitive science, and neuroscience for our concept of moral agency, reasons, free will, and personal responsibility.

Conference: The Reevaluation of Subjectivity in Contemporary Continental Philosophy