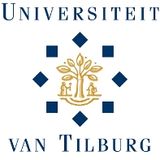 For this activity PhD students and ReMa students can – after successful completion – earn a certificate. However, the OZSW is not accredited to reward students with credits/ECTS directly. The study load is mentioned on the certificate, which can usually be exchanged for ‘real’ credits (ECTS) at your home university. More information. The study load for this activity is as follows: 1 ECTS

The deadline for submission of abstracts is the 15th of November 2019.

11:15 – 11:45: Contributed Talk
Tom Schoonen – A Note on the Epistemological Value of Pretense-Imagination

12:00 – 12:30: Contributed Talk
Elia Haemmerli – Is There a Conflict Between Local and Global Expressivism

Global challenges such as climate change, food security, and public health have to be addressed through collaboration between vastly different stakeholders from Indigenous farmers to Western lab scientists. While the inclusion of diverse stakeholders is widely embraced in international development, collaborations often fail due to epistemological and ontological disagreements. For example, a farmer and a scientist may produce knowledge in very different ways and rely on very different ontological assumptions about the structure of the natural world. Based on fieldwork in fishing villages in Bahia, Brazil, this talk will discuss how epistemologists and ontologists can help to navigate these tensions in international development practice. The case study will be embedded in wider reflection about the role of academic philosophy for addressing epistemological and ontological conflicts beyond the “armchair” by intervening into complex cultural and political settings.

Recently there has been plenty of discussion in the literature focussing on the nature of ability and skill – what kinds of things they are, and what accounts for their differences. Despite this interest, there has been little discussion on what we deem to be excellent abilities or skills, what are often called talents. Talents are of significant normative importance in our personal and social lives. For example, our talents will often dictate the choices we make and the goods that we come to value, and social institutions are often organised to accommodate differences in kind and degree of its citizens’ talents. Due to the lack of philosophical analysis of talent as a phenomenon in its own right, the current literature is rife with conceptual ambiguity – a talent is considered to be all of a skill, potential, ability, capacity endowment and a natural gift. In this paper, I propose an account of what a talent is, drawing from the debate concerning the metaphysics of ability and dispositions. I argue for a position that I call ‘talent dipsositionalism’, which holds that a talent is not a skill but an ability for a skill, grounded in an agent’s higher-order dispositional properties. I defend this account against four objections usually levelled against traditional dispositionalist theories of ability.

The past two decades have seen an absolute explosion of literature discussing the structure of reality. Much of this talk has centred on the fundamental – i.e., those elements that serve as the foundation of reality’s structure. However, a number of questions here remain unaddressed. In particular, there has been little to no discussion concerning the relationship between fundamentality and (metaphysical) modality. Here, I aim to at least partially fill this lacuna. Specifically, this talk focuses on two distinct but inter-related questions at the intersection of modality and fundamentality. The first concerns the nature of the fundamentalia – i.e., the things that everything else is metaphysically derivative upon: do the fundamentalia necessarily or contingently exist? Meanwhile, the second focuses on the modal status of the property of being fundamental: is being fundamental a weakly necessary or merely contingent property? Here, I argue for contingentist answers to both questions. The first part of the talk raises a general argument against fundamentalia necessitism derived from a traditional objection to the Principle of Sufficient Reason. After presenting this argument, I then proceed to discuss and dismiss a recent defence of necessitism that turns upon certain meta-metaphysical issues concerning how ecumenical second-order metaphysical claims ought to be with regards to first-order metaphysical claims. Then, in the second part of the talk, I turn to the second, property question. Here, building off earlier work (Wildman 2018), I present three positive cases, each of which entail contingentism about being fundamental. After detailing the cases, I then discuss and dismiss a potential objection to fundamentality contingentism. Finally, I conclude by discussing the general plausibility of the thorough-going contingentism that the talk sketches.

We invite extended abstracts from graduate students on any topic in Theoretical Philosophy. Abstracts should be no longer than 1,000 words, and suitable for a 30 minute presentation. The abstract should be anonymised and suitable for blind refereeing. Please include a separate detachable cover sheet including name, title, institution, and contact details. Submissions are preferred in .doc, .rtf or .pdf format. They should be e-mailed to OZSWTF2019@hotmail.com
Please note that we cannot accept more than one submission per student.

Attendance to the conference is free; but, if you plan to attend, then you should register by sending an email to OZSWTF2019@hotmail.com

Attendance to the conference is free; but, if you plan to attend, then you should register by sending an email to OZSWTF2019@hotmail.com

Conference: The Reevaluation of Subjectivity in Contemporary Continental Philosophy